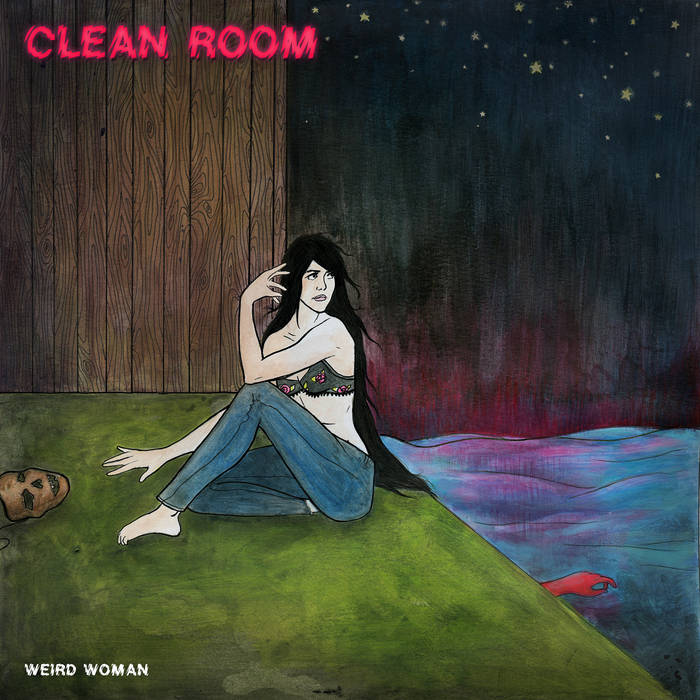 The three worked with a streamlined approach to learning the material as a group. The plan was to practice in San Diego, motor it up to Route 2 in Los Angeles to record, then drive down to SD to practice more, then back up to LA to play a quick set at Allstar Lanes a couple nights later. Watch full gig here: youtu.be/PHY48Fgz7i0

CR thanked Adam Burns who packed up his bass after the gig, and this lineup would never reunite, but Halleran and Steiner continued to play gigs in San Diego throughout the Summer of 2016. youtu.be/F62hloWa3P4

A couple months later in July, Halleran joined OG CR founding member, drummer Taylor Low and Jason Hartman (Vanishing Kids) who stepped in on bass to record two songs with Madison, WI rock n' roller Bobby Hussy in his private recording studio / rehearsal space. These two songs are in included as bonus tracks, the definitive versions of Flying Low and Behind the Door.

The album art is original work created specially for CR by Madison, WI artist Ashlie Brophy. When her artwork character style caught Halleran's eye late Summer 2016, it was a no-brainer to work perfectly for the then-recently completed music for the Weird Woman EP. The rest, is history...enjoy the tunes, thanks for listening, thanks for your support, and watch for more coming soon from Clean Room.

Recorded on May 25, 2016 in Los Angeles, CA at Route 2 Recording Studio by Zack Mounton, who also mixed and mastered tracks 1-5.

Bandcamp Daily  your guide to the world of Bandcamp